In the fifth issue of ArteActa journal, we have prepared two new sections in addition to the already-established ones. In the Interview/Translation section we present an original interview by Sara Pinheiro with one of the most influential sound theorists Michel Chion, conducted on the occasion of his visit to FAMU. Last year NAMU also published a translation of Chion’s groundbreaking book Voice in Film. The theme of sound, which is not usually emphasized in classical film studies, is a dominant element of one of the studies. Therein, Alexandra Machová Cihanská reflects in a new way on the possibilities of working with sound immersion in virtual reality works using examples of several contemporary installations, including her own.

The second addition to the current issue is the Art School Memory section. As its name suggests, it will cover the history of art colleges which educate in the performing arts. We want to strengthen the awareness of the historical contexts that, due to the specific dynamics of its development, are often lost and overlooked in this environment. A comprehensive reflection of the past is not our aim; we prefer instead partial, concrete insights into it. Such is found in the current probe into the history of DAMU, which we present here in the form of an annual report on the school’s activities during the academic year 1959–1960, with a contextualizing introduction by historian Jiří Šoukal.

The Studies section opens with a robust contribution by the US-based Slavicist Petr Steiner, entitled “The Unsung Hero of the Velvet Revolution: Václav Havel’s Greengrocer”. Here Steiner, with conceptual bravado, delves beneath the surface of the figure of the greengrocer from Václav Havel’s manifesto “The Power of the Powerless”, braiding together an original and provocative interpretation of the ills of the Normalization period and the transition of Czechoslovakia into a democratic society by using a comparison with the Communist Manifesto and the actual employees of the state enterprise Ovoce a Zelenina (Fruits and Vegetables).

The section concludes with an introductory study by Jan Hyvnar from the forthcoming Encyclopedia of Nonverbal Theatre, which is currently being prepared by the Department of Nonverbal Theatre at HAMU. In his text, Hyvnar reflects, from the point of view of both the spectator and the actor/performer, on the perhaps unnecessarily overwrought opposition of mimesis and performance in contemporary thinking about nonverbal theatre and proposes their reconceptualization through the prism of “eccentric positionality” of the German philosopher Helmuth Plessner.

Since its inception, ArteActa has identified itself as a journal for artistic research – thus, the fifth issue brings forth an essay by Polish filmmaker Grzegorz Królikiewicz, in which he addresses in a distinctive way the question of staging off-screen space and its importance for the active perception of the film text by the spectator. The essay is introduced by the Polish-studies scholar and film historian Petr Vlček.

The fifth issue concludes with two reviews – a detailed rumination by Jan M. Heller about the possibilities of representing trauma through so-called post-traumatic writing, taking into account its manifestations in Eastern European literature of the 20th and 21st centuries, as well as a reflection by Romana Štorková Maliti on the relationship between text and theatre in contemporary Czech and Slovak theatre studies. 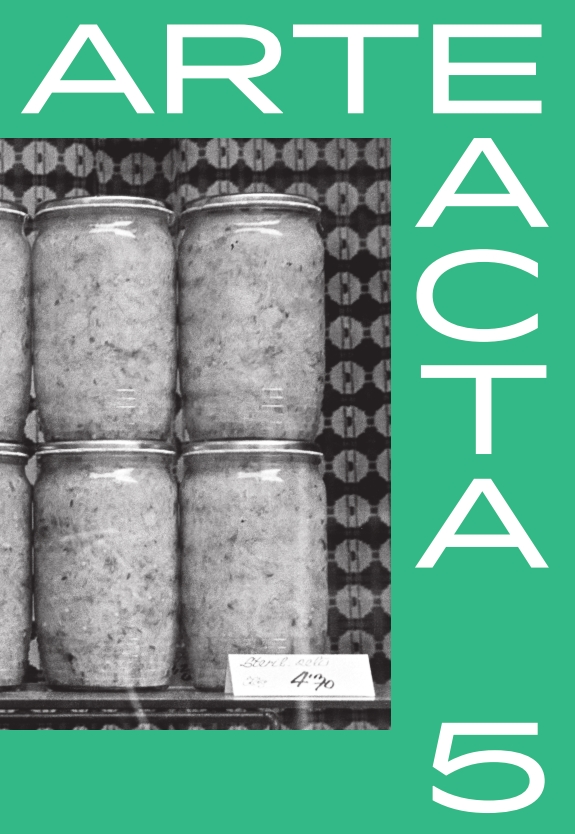