The content of the first issue of the new academic journal ArteActa is a number of articles. Jitka Pavlišová follows, in her study “‘Dance-concept,’ ‘Non-dance,’ or ‘New Choreography,’” with the subtitle “The Current German-language Discourse in the Field of Performative Dance,” the phenomenon of conceptual dance, which began to develop in the last decade of the twentieth century, and which calls for considerable theoretical attention.

The open cycle dedicated to artistic research, to which we intend to continue to develop in the long term in a rubric of essays and translations, is opened by a polemic by Jan Motal titled From Art Research to Radical Inquiry, from Science to Diplomacy. The review section presents two texts. In the first one, under the name Performers Performatively on Performance, František A. Podhajský mulls over an original web platform through which important contemporary performers as well as theorists of performance concentrate their opinions on the contemporary performance arts. In the closing text of this issue, Barbora Kašparová, in the review of The Media Metamorphosis of Dance and Theatre, addresses Dita Dvořáková’s Czech anthology from the standpoint of current tendencies of German-language dance studies. 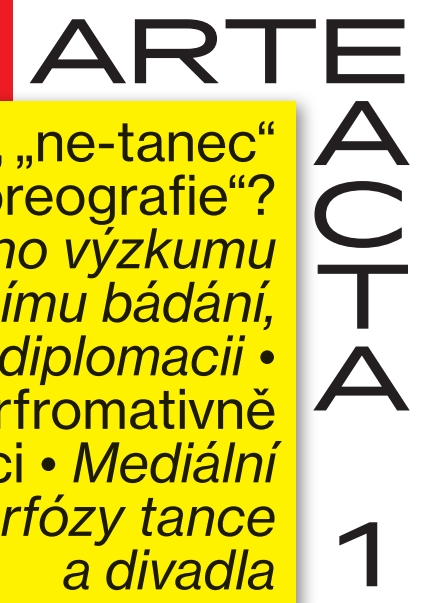