The third issue of the journal ArteActa contains two peer-reviewed studies. In Hamlet Up Close and At a Distance, František A. Podhajský investigates Moretti’s “distance reading”, which he interrogates using both the evolution of the theoretical approaches of the Italian comparativist, as well as in connection with the tradition of Marxist thought, from which Moretti’s engagement with literature derives. In the study Creātiō ex nihilō, Martin Ledvinka presents a carefully deconstructed analysis of the television oratorio Genesis, which was the work of the notable Czech director Pavel Hobl in 1969, featuring music by Zbigniew Wiszniewski and text from Gottfreid Edel. Making use of the notions of, among others, the voice-object and acousmêtre, Ledvinka identifies the sound-component of the audio-visual artifact as an important narrative device.

In the essay section we bring forth a Czech translation of the essay Network Theory, Plot Analysis from the founder of the Stanford Literary Lab and pioneer of digital research in the humanities, Franco Moretti.

The review section of this issue of ArteActa has been dedicated to reflections on two books which, in our opinion, offer up inspiring interdisciplinary perspectives on performativity and the performing arts. Noemi Purkrábková and Jiří Sirůček meditate on Rodowick’s book What Philosophy Wants from Images, while Jan Bierhanzl places ideas of the American theorist Judith Butler, from her Notes Toward a Performative Theory of Assembly among other works, into context with the philosophical concepts of Hannah Arendt.

A brief report from Karolina Plicková from the symposium of DAMU’s Department of Alternative and Puppet Theatre on the phenomenon of the alternative in contemporary theatre brings the third issue to a close. 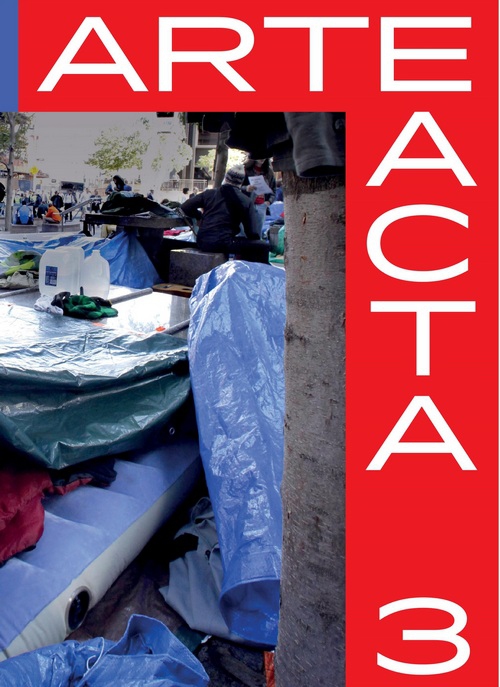